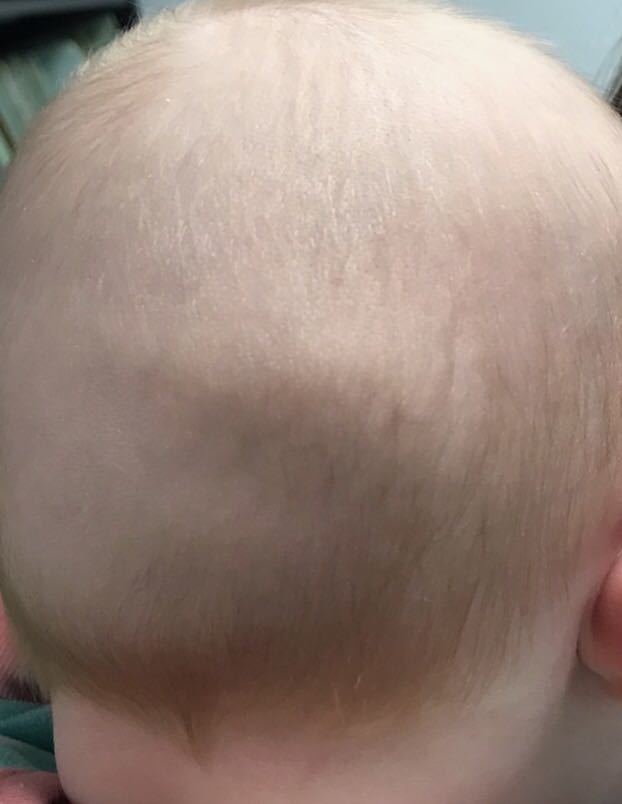 4 mos old, very healthy infant. Presented with swelling of the occipital skull (see pic). Marked swelling at home and then on exam 3 days later, minimal swelling. Bony, not mobile, completely non-tender. Per family, non-tender entire time. Fluctuates with swelling weekly. Overlying skin swells then rapidly resolves. Skull series negative. u/s when swollen, negative. No other symptoms. Not on the lambdoid suture. HC and development normal. I’ve examined skull since birth. Non-traumatic birth. No caput. Child has no LAD. Recently developed a worsening eczematous rash on face but rash had been treated with neomycin and apparently it rapidly worsened with neomycin. I thought possibly a neomycin allergy/eczema with secondary infection and treated on that level. A ped heme-onc I consulted had seen an LCH act like this (kinda) Rash worries me. It’s the on the same side. Have MD who can urgently bx the rash but general consensus is CT. Have any of you seen anything like this? I’m worried.