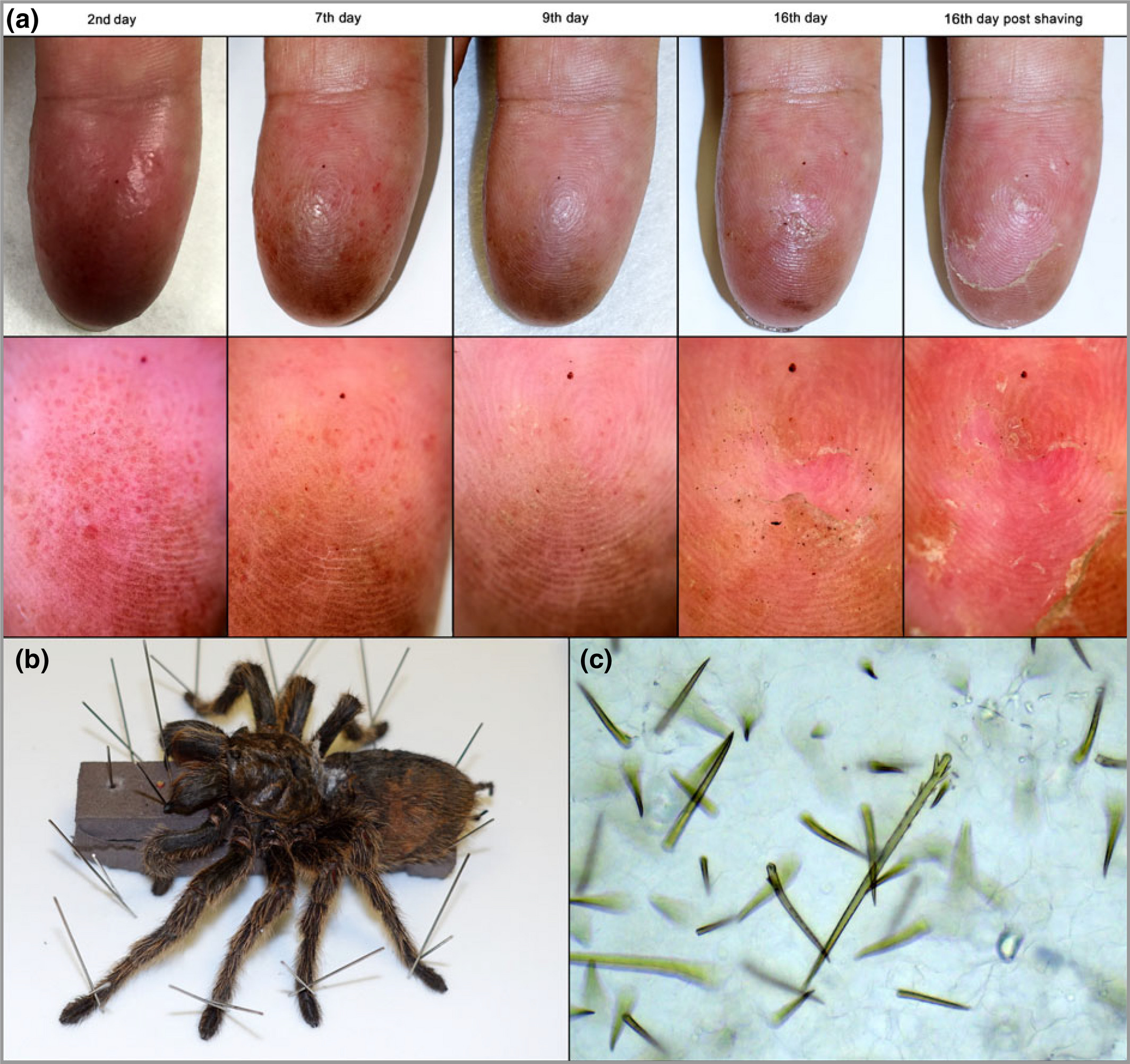 A 67‐year‐old man who made insect specimens was accidentally injured by tarantula hair and presented with acute onset of swelling, stinging and a blackish colour change on the fingertip. Dermoscopy revealed multiple punctate erosions and parallel pigmented dots along the fingerprints, which excluded the possibility of ischaemia (a). The tarantula was identified as a species of the genus Grammostola, which have urticating hairs that induce contact dermatitis (b). However, few reports have described the skin pigmentation following injuries caused by tarantula hair. We shaved the desquamated pigmented patch and, surprisingly, we found numerous sharp‐ended spicules upon potassium hydroxide microscopic examination (c). The ‘pigmentation’ was, in fact, revealed to be tiny tarantula hairs.